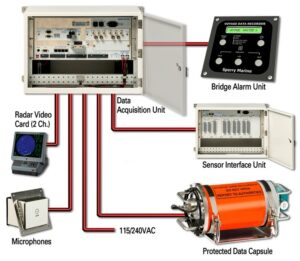 Voyage Data recorder analysis or commonly known as VDR analysis is an important tool in ship manager’s hand to clearly pin point movements and action that lead to an incident.

Similar to the ‘Black Box’ on airplanes, a Voyage Data Recorder is an equipment fitted onboard ships that records the various data on a ship which can be used for reconstructing the voyage details and crucial information during an accident investigation.

VDR playback has many advantages when used as an auditing tool by marine managers ashore, either as part of a larger navigation assessment process or as a stand-alone auditing tool.

The main advantage of having a VDR analysis done by a 3rd party is that Personality and bias can be removed from the assessment process and an impartial assessment of both company procedures and bridge team performance made.

In particular an effective, accurate and proper documented VDR analysis report, can be considered as very efficient tool for, ship management companies and greater attention is given to the recording and analysis of VDR information in order that undesirable events are recognized and corrective action is taken, in the following fields:

Following some of the information provided after VDR analysis: